What is the Residential Infill Project?

What is the Residential Infill Project?

After nearly 5 years of planning and revisions, the Portland City Council has approved the Residential Infill Project. While the change is making headlines across the United States for taking a bold step towards combating homelessness and addressing a lack of affordable housing, many people are still asking: what is the Residential Infill Project?

The Residential Infill Project is an ambitious plan to add over 100,000 homes to Portland by 2035. The project brings with it changes to the limits of the size and scale of housing options.

In the past, rules for residential neighborhoods were updated to allow for a greater number accessory dwelling units and duplexes, relaxing regulations on things like ‘corner lots.’ The Residential Infill Project aims to take these changes a step further.

3 ways the change to residential zoning code are making an impact are:

As one of the largest cities in the Pacific Northwest, the city of Portland is home to over 653,000 residents as of 2020. While this number may seem astronomical compared to some of the smaller town scattered throughout Oregon and Washington, consider this; as of April, 2018, Portland projected that is was facing a deficit of nearly 48,000 homes that met affordable housing requirements.

In other words, between the rapidly increasing costs of rent and the stagnant wages of those who earn the least, there are close to 50,000 homes less than needed to house Portland’s lowest earning families. Examining median income in the area reveals that this includes residents such as a senior solely dependent on social security, or a preschool teacher providing for a family of 3.

Previous measures taken in the greater Portland area, including public-subsidized housing, may limits any potential increases in rent – an approach that can be extremely helpful in combating the ‘rent hikes’ known to price people out of their home.

Unfortunately, however, only a small number of affordable homes are subject to these rules. In Clackamas County, only 11% of homes were found to restricted to low income earners, while in Multnomah County the number was 23%.

Providing Help Where It’s Needed Most

Among three counties examined – Clackamas, Multnomah and Washington – research found numerous correlations between the number of affordable housing units needed and increase in income disparity. While Multnomah county attributed to nearly 60% of homes needed, it also currently provides the most affordable housing units. Clackamas county, inversely, both contains and requires the fewest.

Surprising to many is which demographics need affordable housing the most. In 2016, the elderly accounted for 37% of distribution of federal rent assistance to Oregon residents, while only 32% of assistance went to those with disabilities. More so, those suffering a handicap and receiving disability supersede those considered a senior – i.e if you are both a senior and disabled you are counted as for just your disability. This means that there is in fact a larger number of elderly receiving affordable housing subsidies than just 37%.

In the tri-county area, the average supplemental incomes, such as that of someone that is disabled, is $750 per month, while the average social security income is $1300. A resident receiving minimum wage earns $1950 per month. While most consider 30% to be the upper limit of what percentage of income should be spent on rent, this is still more than would be required for even a studio apartment.

The same 2016 study found the average rent price in the greater Portland area to have grown more than 52% since the start of the decade, while the median renter income has only increased by 19%.

The Difference Between Having a Home and Being Homeless

After surveying hundreds of Americans in 2017, the Point-in-Time Count found that out of 22 factors contributing to homelessness across the country, the inability to afford housing was the number one cause of homelessness, exceeding drug or alcohol addiction and mental health issues.

Experts also believe that is in reality this number is as much as 2 to 10 times higher due to the survey only consisting of those entering shelters and other places where polling might occur.

While sanitation crews, emergency shelters and law enforcement have cost Oregon taxpayers millions of dollars a year historically, numerous studies show that proactive housing and behavioral health support lowers these costs by as much as $13,000 a year per person.

This is where the Residential Infill Project comes in.

Those residents that have previously attempted to obtain an ADU permit in Portland Oregon understand the challenges that come with meeting the rules and regulations. Important criteria includes specifics such as minimum lot size, existing zone, utility access, distance from the property boundaries and even the current number of structures. 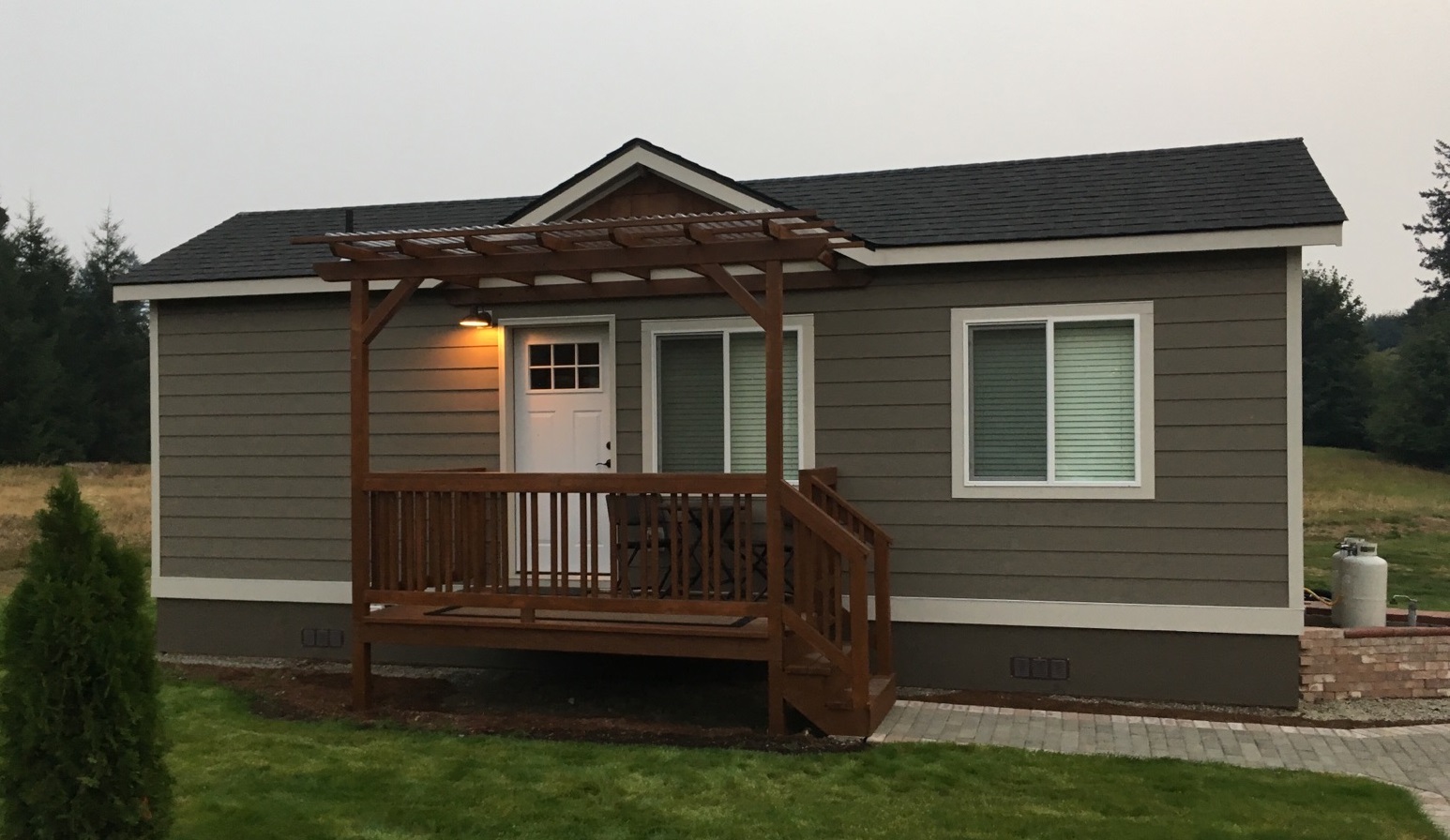 The changes purposed to Portland’s – and in some cases the state of Oregon itself – building code will relax many of these rules, allowing for much higher density areas.

For example the new code, if adopted in it’s current form, would allow a property owner to add up to 4 accessory dwelling units depending on their residential zoning. As of now only a single ADU may be added. Additionally, the distance a home may be placed from the edge of the lot, known as a ‘setback’, has been reduced significantly.

Many of these changes have been visited in the past but didn’t garner enough public support to see any revision to the regulations. The residential infill project encapsulates many of these – even parking requirements are being reexamined to be more practical.

Affordable Accessory Dwelling Units for All

While the City Council is still accepting testimony and amending the changes, many believe the revisions are on track to make a difference.

Between those residents that feel the existing code is too restrictive of what they can do with their own property and those that desire an increase in affordable housing unit, Portlanders are enthusiastic that the project is offers change for the better.

For the latest on the Residential Infill Project, readers can visit the planning departments website. Most recently, the Portland Maps application has been updated to allow users to filter which addresses are eligible for an additional accessory dwelling unit or guest houses.

Discover if a tiny home or ADU is allowed on your property!